China steps up to the plate. It’s a Happy New Year for elephants, with the news that China will shut down its ivory trade in 2017. There is hope for our planet and its creatures! Special thanks to all the conservation groups who work so tirelessly to save these magnificent creatures – including the groups based in China, whose work often goes unsung. In China, ivory is often regarded as a symbol of wealth and status. This demand has helped to drive the poaching industry, killing between 20,000 and 30,000 elephants annually, according to World Wildlife Fund. “This is the best New Year’s present I’ve ever had,” says Sue Lieberman, vice president of international policy for the Wildlife Conservation Society. Hopefully China’s move to phase out ivory trade will inspire the US, Hong Kong, Japan, the European Union and others to follow in their footsteps. For elephants to be saved, everyone must close their markets to all ivory. 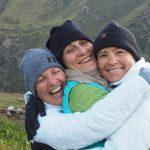 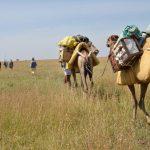 Trekking for Elephants – KenyaAdventures for a Cause, Trekking, Wildlife Adventures