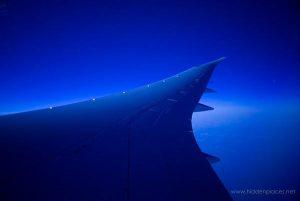 Dag and I have resolved to manage stress better or, if possible, to try to avoid it altogether, particularly with things that are out of our control. So when a delayed domestic flight to Bangkok made it highly likely we would miss our red eye connections to Manila and Puerto Princesa, we decided this was a test case. We’d booked the separate legs of the journey with different budget airlines. Based on our experiences elsewhere, we presumed this meant we would lose our entire return ticket to the Philippines with Cebu Pacific. And that Bangkok Airways, the cause of the problem, would be offer no help in the rebooking and paying for new flights, or finding a late night hotel in Bangkok.

Okay, said Dag, to me and himself. No stressing. Let’s be Zen:  calm, accepting and in the moment.

The Bangkok Airways staff was calm. They gave us pink stickers shaped like toy planes to wear on our shirts, branding us as passengers-with tight-connections. They promised that one of their colleagues would be waiting to help us when we deplaned in Bangkok.

On the short flight I was Zen, Zen, Zen. When the plane landed and taxied for an age, when the terminal bus we boarded sat on the tarmac for ten minutes and I was so Zen. And there in the terminal was our promised helper, Pong. Impossibly young, wearing skintight black pants that hung low on his hips and with hair swept up into product-stiffened wave, he looked like he belonged in a Thai boy band.   We had 48 minutes to collect luggage, check in with Cebu Pacific, and complete immigration and security procedures. We followed Pong’s unlikely hairdo through the crowds to the baggage carousel. It went round and round, empty. Ten minutes ticked by. Pong talked nervously into a walkie-talkie. We gave him our best Zen smiles. Bags began to emerge. But not ours. Not for another five minutes. The walkie-talkie crackled and Pong held it to his ear. He looked at us sadly. “Your flight closed,” he said. “I take you to your airline desk. I think they make you buy new ticket.”

Zen-ness failed me at this point. Following Pong up long slow elevators, I muttered dark things about Bangkok Airways.  Stop it, said Dag. It’s out of our control, remember? The airport was quiet, just a few passengers around getting late flights. When we reached Cebu Pacific’s desk, Pong went into a huddle with the dewy eyed girl behind the counter. Midnight came and went. The girl turned to us and smiled. She could rebook us onto flights in the morning, but there would be a change fee of 1800 baht total, was that okay? Sixty bucks, you bet it’s okay. Tickets were issued, along with more smiles. We were about to head for the taxi rank, but Pong wasn’t finished with us. He ushered us over to a deserted Bangkok Airways desk, and parked us there while he rustled up a man wearing an orange safety vest. This person announced that Bangkok Airways would refund our change fee, arrange a complimentary hotel for us tonight, provide a car and driver to take us there and another to bring us back to the airport tomorrow. Oh, and here are some premium passes to get us quickly through immigration in the morning. So sorry for the inconvenience, Bangkok Airways hopes makes up for it. As if by magic, a driver appeared, and Pong and Mr. Orange Vest saw us to the door of the airport and waved us off.

Dag thinks it was our Zen state that bought about this miracle. That if we’d made a big fuss Bangkok Airways would have abandoned us, like most airlines do in such circumstances. Maybe he’s right. Or maybe Pong and his company are simply good folk, and our we helped to bring out the best in them. In any case, good lessons were learned. 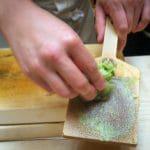 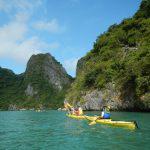 Three Things to Do to Make Your Next Kayak Trip More EnjoyableKayak Adventures, Travel Tips