Heading towards Namibia’s Etosha National Park, we came across these amazing baobab trees. 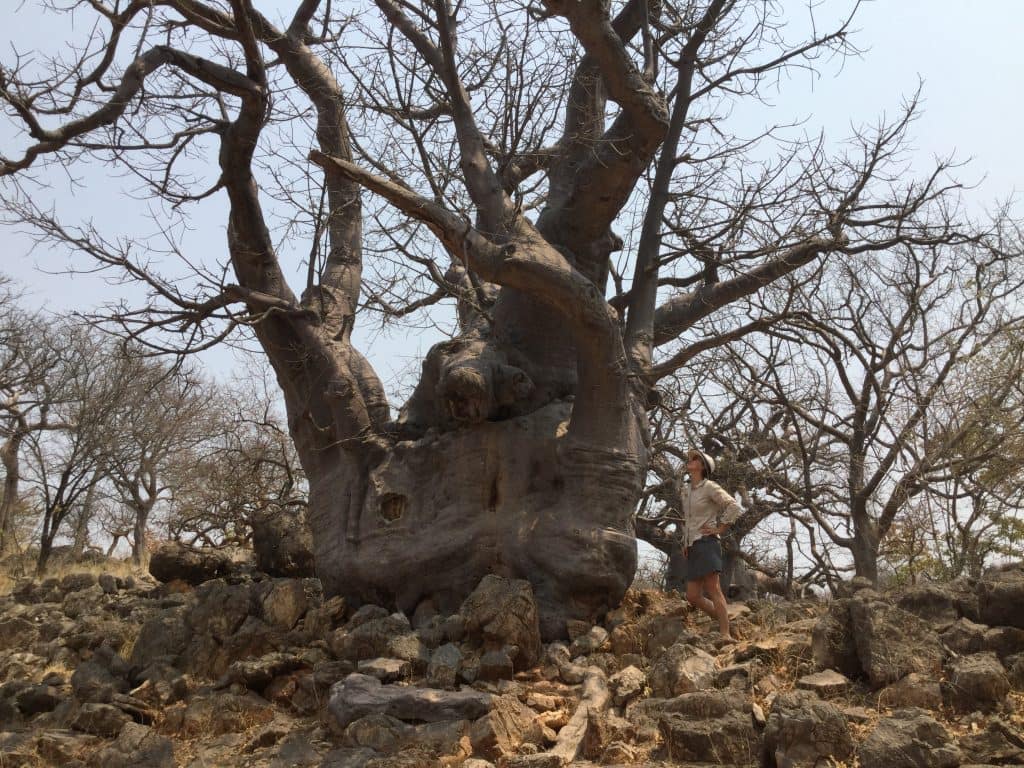 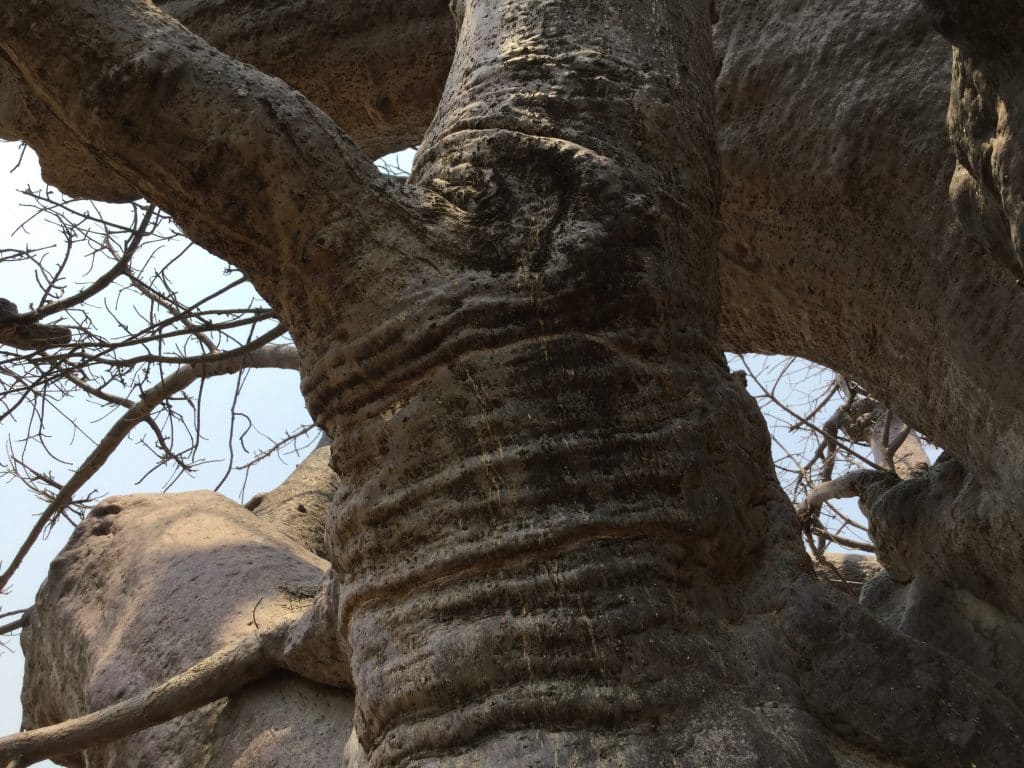 Speaking of elephants, when Dag spotted this pile of dung he screeched to a halt to check it out. He had spied what he thought was a pile of acacia seeds, and he was proved correct. 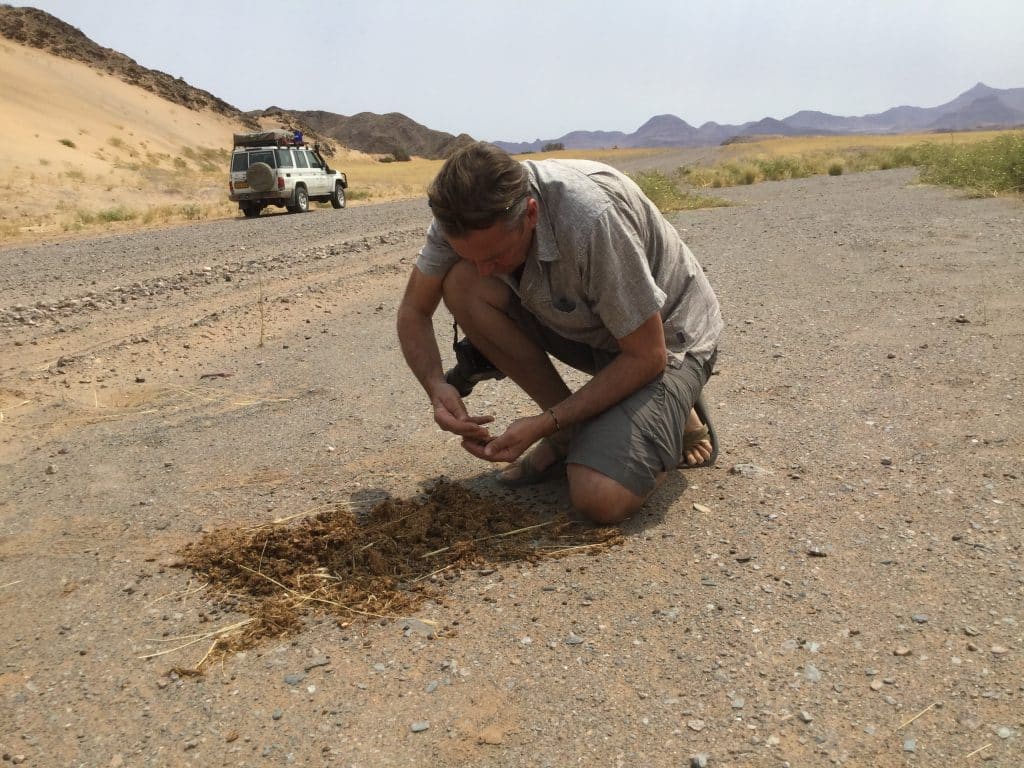 A fine testament to elephants being excellent seed dispersers! 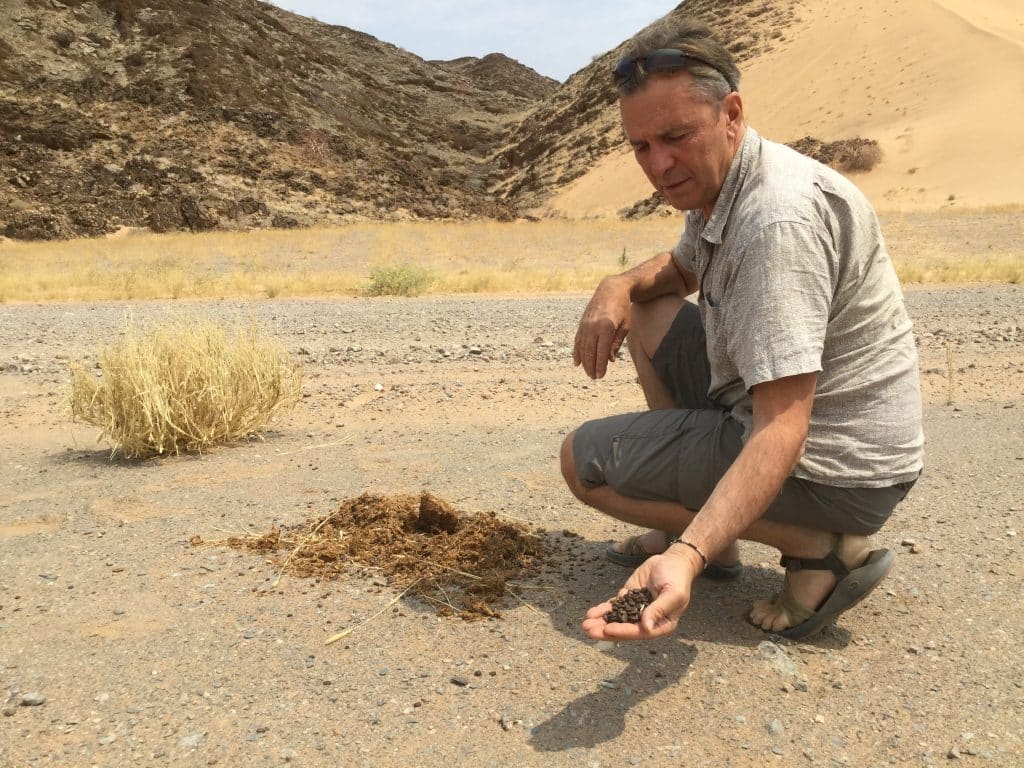 We spent the night camped next to a lodge where a wild elephant had become habituated to people. Called Jimbo by the staff, he calmly strolled through the lodge grounds, munching on vegetation.

When finally we arrived at Etosha National Park, our first brief stop was at Oliftantsrus, which means Elephant’s Rest. This is the ironic name of a former outdoor elephant abattoir. 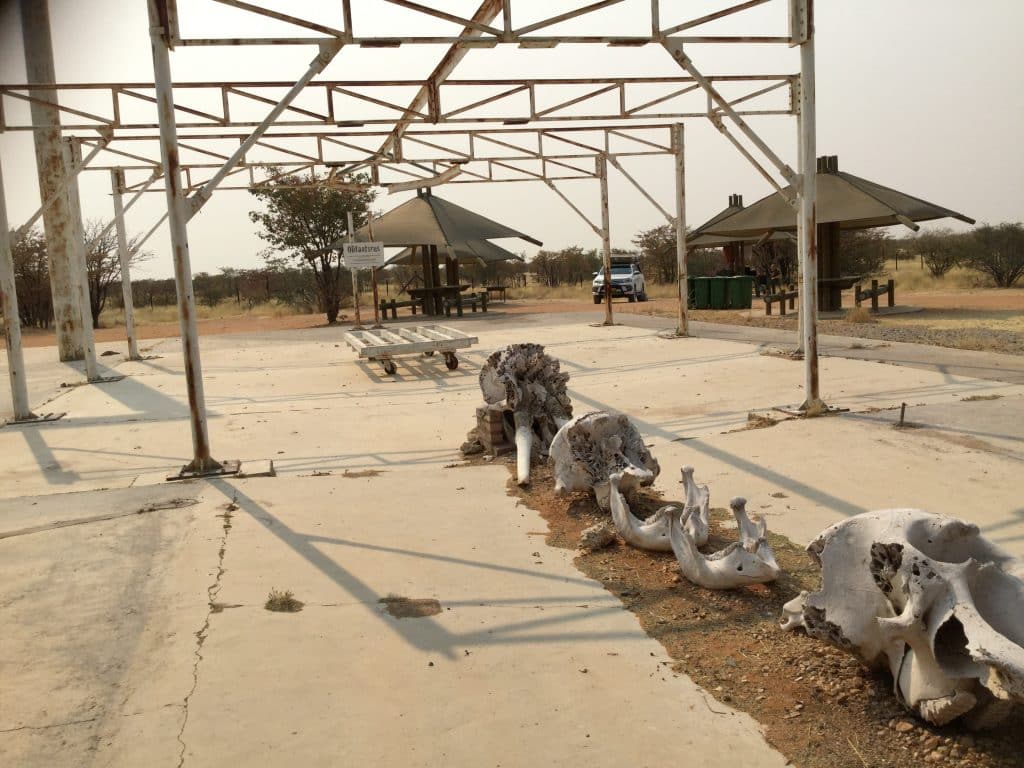 Between 1967 and 1983 the number of elephants in Etosha rose from 500 to 3000. This was partly due to reproduction, but also because elephants were moving down from northwest Namibia to escape poaching during South African military operations there. In the early 1980s there was a severe drought, and Etosha park managers believed that the large elephant population would cause desertification and impact overall biodiversity. Following the example of Kruger National Park, they culled 500 elephants over the course of two years. 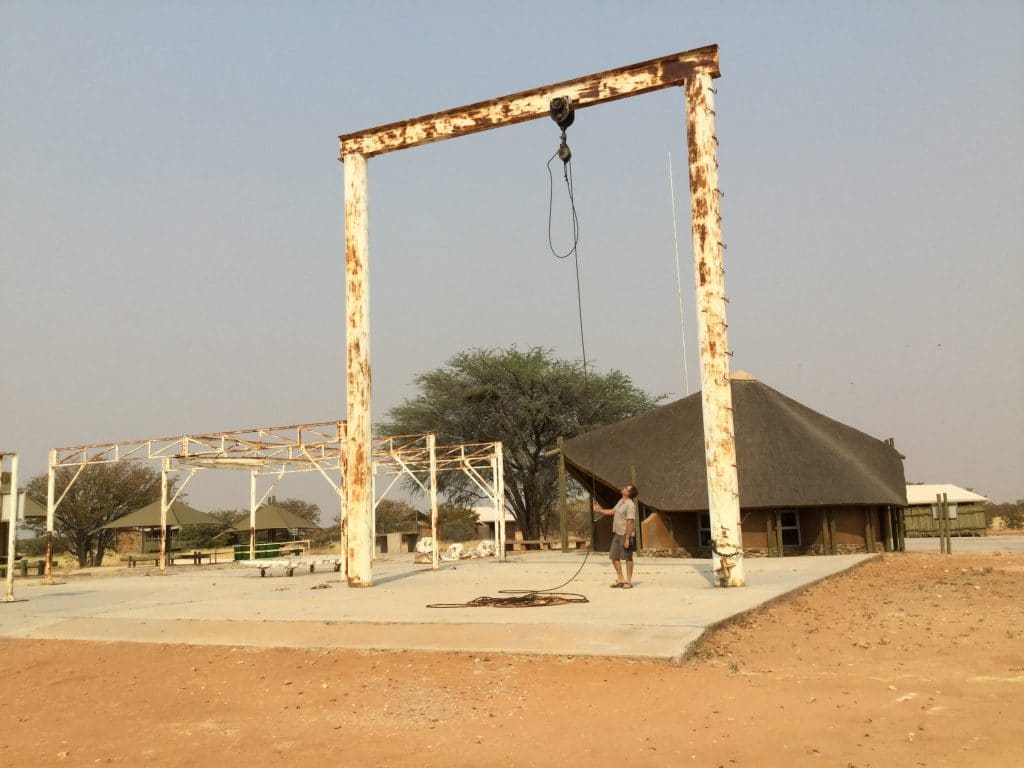 The bodies were brought to Olifantsrus where they were hoisted on these huge steel structures for butchering. Thankfully elephant culling now is a thing of the past, both in Namibia and elsewhere.

We were glad to get away from this reminder of a dark time for Etosha elephants, and to find this lovely bull at a waterhole, surrounded by a profusion of other life. 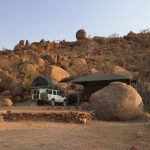