Namibia and Botswana from the Roof!

Last September, we joined our Hidden Places group for the first part of their Namibia Luxury Safari. After we waved them goodbye in Swakopmund, Dag and I embarked on a journey across Namibia and into Botswana. Our home for the next three weeks would be a 4×4 Land Cruiser – which we promptly named The Beast – with a roof top tent. 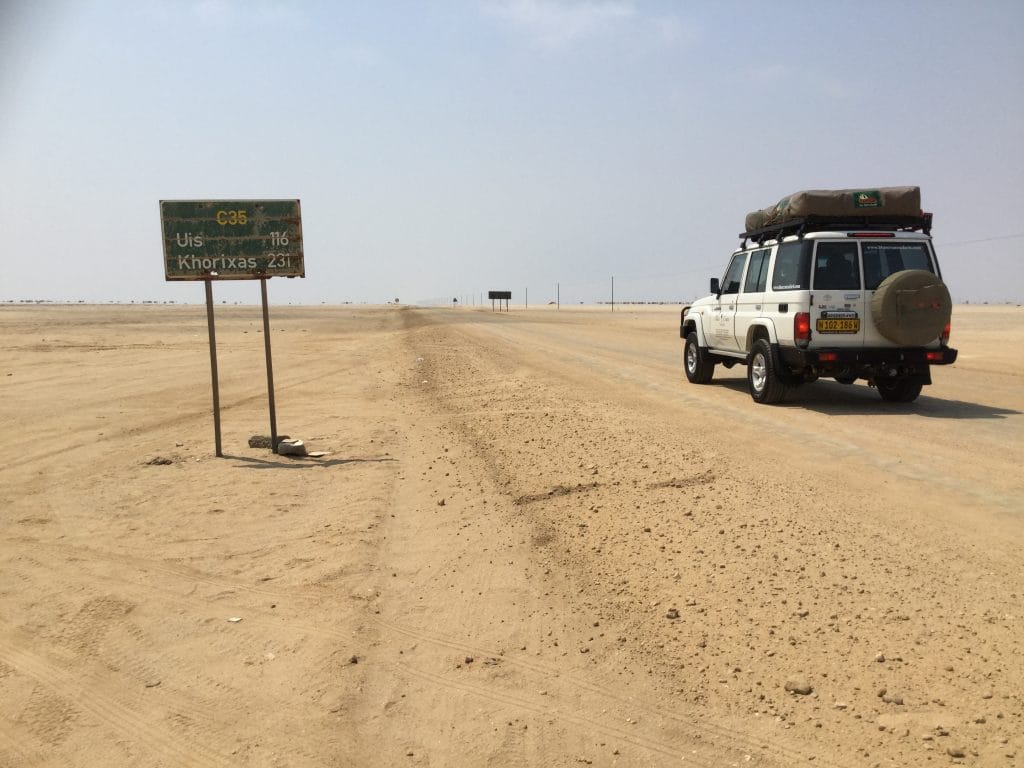 Part of our mission was to learn more about desert adapted elephants, and as we set off towards Damaraland we soon came across the first sign of them. 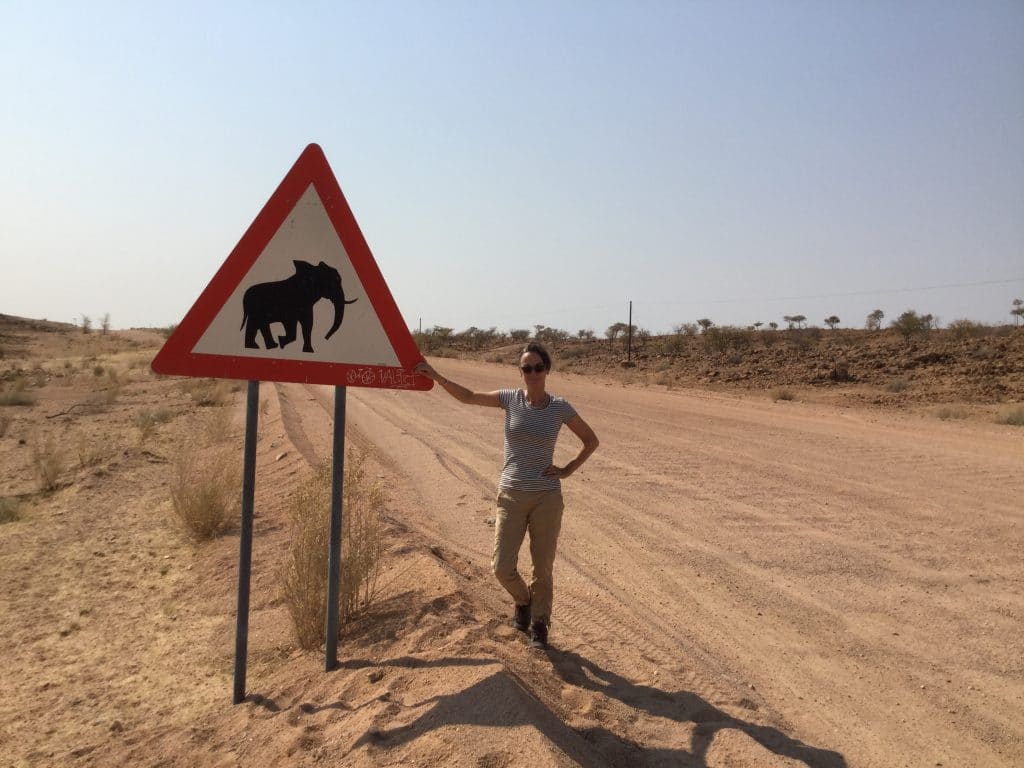 The first leg of our journey was relatively short. By mid afternoon on our first day we were following a long, narrow track to the field camp of Elephant Human Relations Aid – an organization that helps local communities find ways to co exist and share land with elephants. 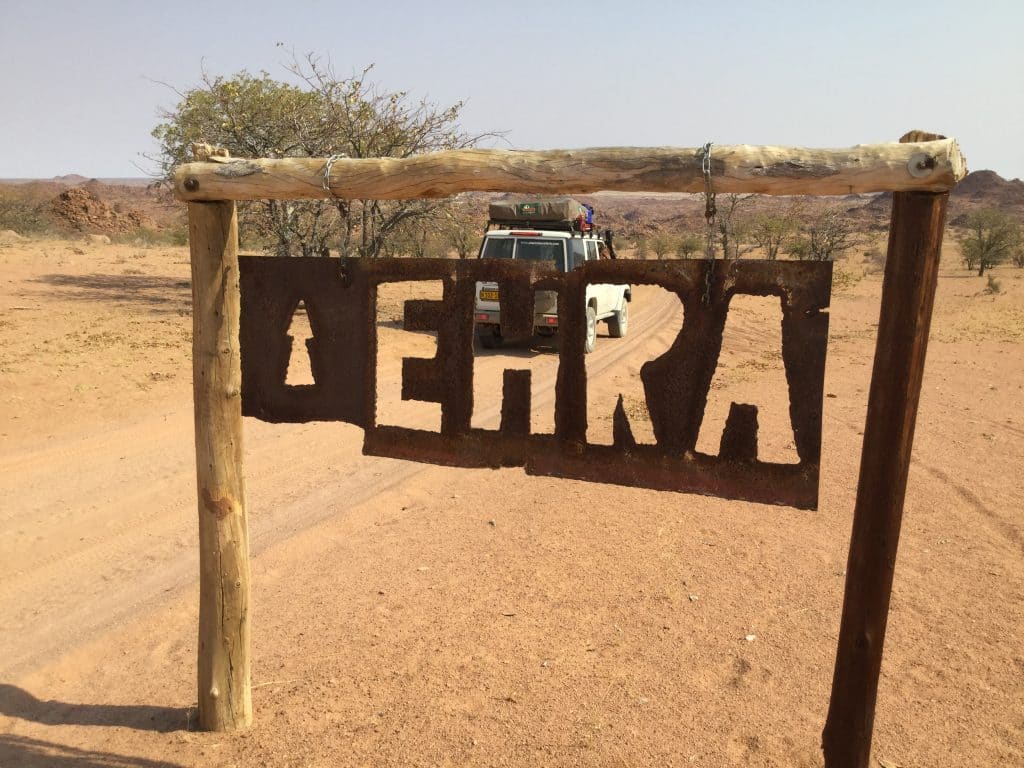 At the camp we parked under a large acacia tree, and opened up our roof top tent for the first time. 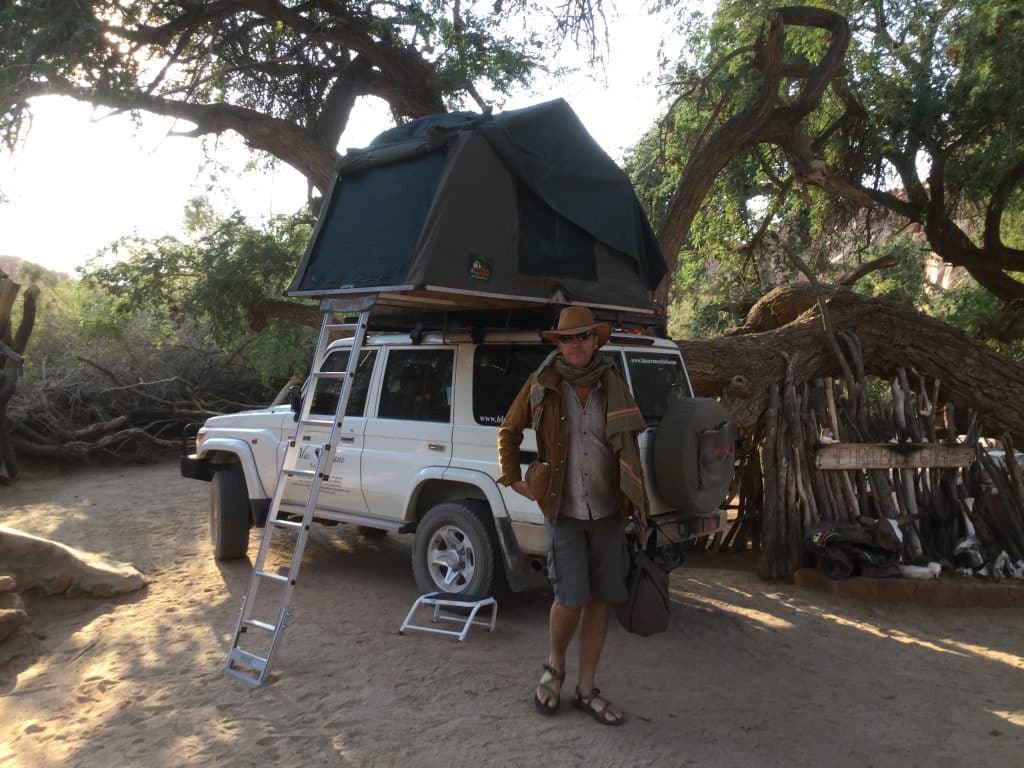 That night we were kept awake by an elephant that was reaching up its trunk and breaking off branches right above us. It might have been the same elephant we came across next morning!

We encountered this elephant when we were driving along a dry riverbed with Matthias, one of the EHRA rangers. He calls this elephant Four Tracker, told us that it migrated here from drier areas. “Four Tracker was the first to find this place,” said Matthias. “Then I think he sent his friends an SMS and they all came straight over. They like it here because it is green with lots of seed pods, so many more elephants are coming from other areas.”

For the local farmers, many more elephants can spell trouble, as they sometimes ransack gardens and break water pipes. We visited a number of EHRA projects that are trying to mitigate the problem, like this elephant-proofed well and water tanks. 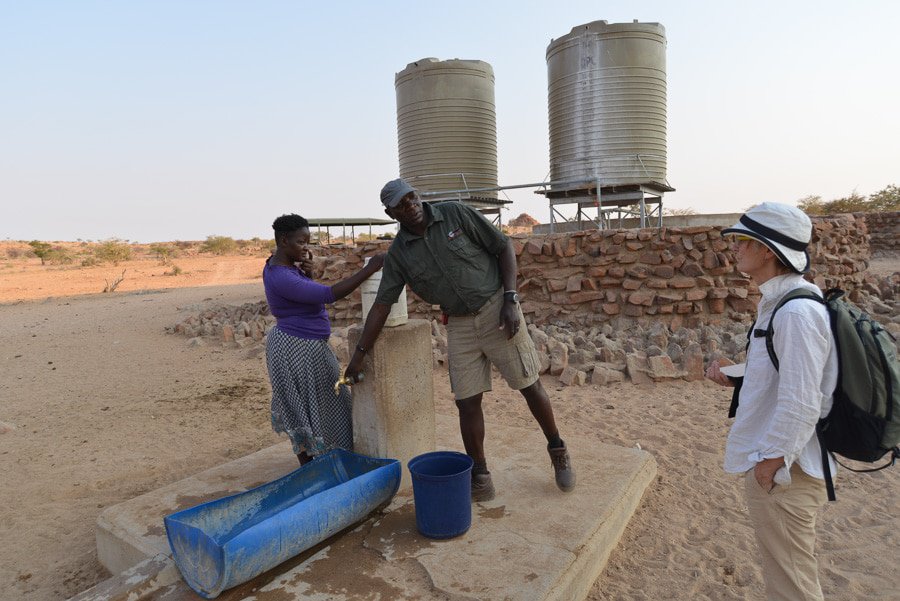 In a nearby village we chatted with Ella, a woman from the Herero tribe. She told us that elephants damaged her house and garden, but with EHRA’s help she is doing repairs. 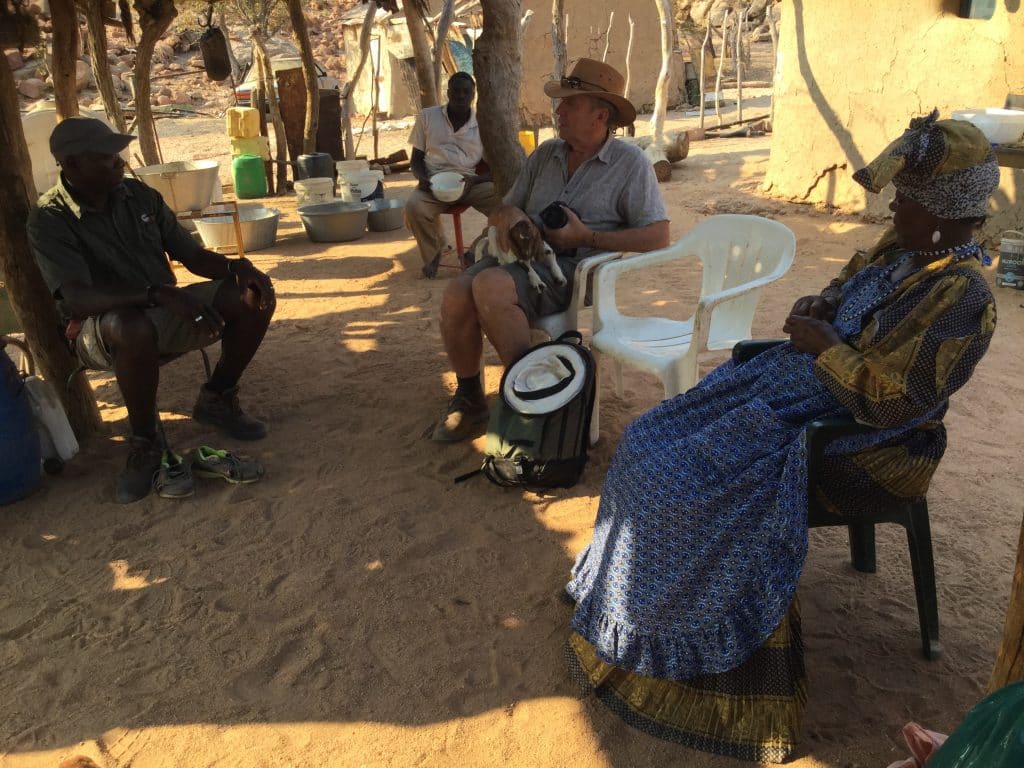 This is veering away from elephants but… I was fascinated by Ella’s dress style. I learned that in centuries past Herero women’s traditional clothing was scanty, exposing their breasts. When German missionaries arrived in the 19th century they were horrified by this and coerced the women into wearing long dresses. In time the Herero made this style their own, and elaborated on it by adding lots of extra layers.

Known as ohorokova, the dress is worn over several petticoats, a bodice that buttons up close to the neck, long sleeves and a shawl. An integral part is the headdress, the otjikalva. Fabric is wound around the head and formed into long points, to resemble a horn – this pays homage to cattle, which are precious to Herero and a focal point of their pastoral culture. Married and older Herero women wear this outfit daily, while unmarried and younger women only wear it on special occasions. 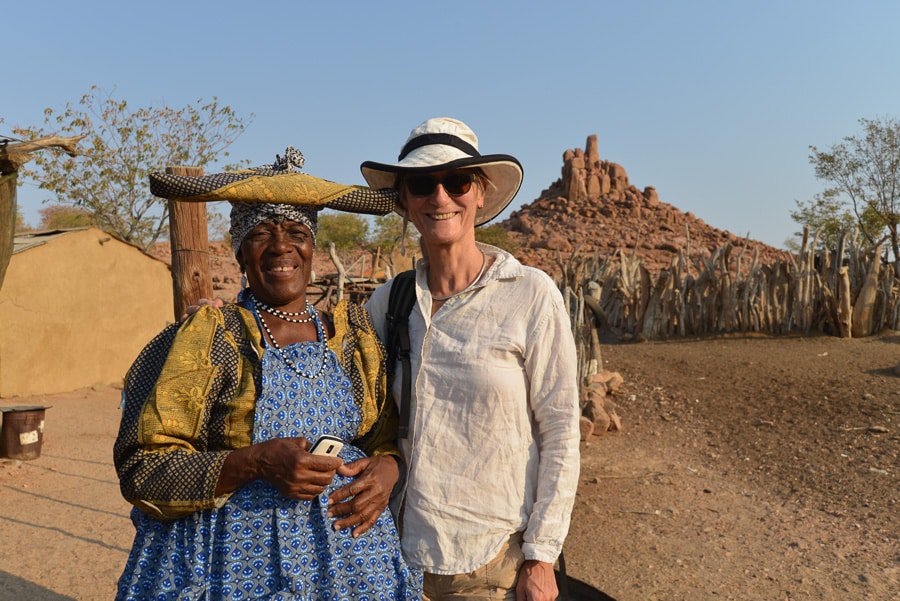 Standing next to Ella, I felt rather under dressed! 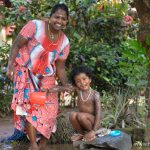