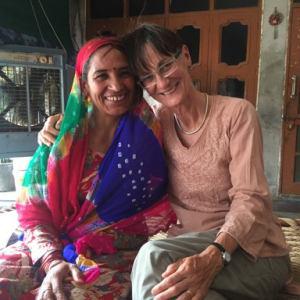 ‘Tis the season for reunions….. Earlier this month we flew to India and headed straight for the Missoorie Writers’ Festival, where I was to be a speaker. Missoorie is a funky old colonial hill town, full of echoes of the British Raj, clinging to precipitous wooded slopes in the foothills of the Himalayas. It was cold when we arrived, with mist curling through the big trees. Then the sun came out and so did the mountains –  on the horizon, a stunning line of massive snow peaks. This was my first visit back to the north of India since 1992, when we kayaked down the Ganges, from Haridwar to Varanasi. Over the weekend we reminisced about that trip, which changed our lives. We told people about Bapi, the young India white water kayaker who accompanied for the first half of the six-week trip, with whom we had long since lost touch. And we talked about returning to the Ganges – maybe to Haridwar, or, much better, to Gessapur, a remote village where we spent 5 magical days. But how would we ever find it again?

The morning after the festival we had a long meeting about maybe running treks in the area. After lunch we returned to our hotel – to find Bapi waiting for us!  He now lives in Mussoorie, and that morning had read a review of my presentation in the local newspaper. He set off to find us….. we were utterly astonished, but once over the shock all three of us decided – let’s go to Gessapur! We left next day, driving for 9 hours in Bapi’s Gypsy jeep, stopping many times for him to ask directions. Just like when we were on the river all those years, everyone had a different story about how to reach our destination, and how far away it was. Eventually we turned off the highway, and bowled through peaceful countryside. We knew we were close. We stopped at a chai stall, and Bapi told our story. Did anyone know Rahoul and ShivKumar of Gessapur? Yes! A cell phone was pulled out, and thrust at Bapi’s ear. Suddenly, miraculously, he was talking to Rahoul, our friend from long ago. He now lived in a nearby town but ShivKumar and his wife Rita were in the same house. He would call them and they would be waiting for us. By now a crowd had gathered around us, and there was a traffic jam in the lane – two bullock carts, a few scooters and lots of bicycles. Five men on the two scooters drove ahead to show us the way to Gessapur. In the dusty haze of sundown we bowled in. The village was much as I remember if from 21 years ago. Right on the edge of the settlement we were recognized – an old man ran out of his house and told us he was one of the musicians at a snake charming performance put on for us.  And as for the welcome at Shiv Kumar and Rita’s house, where we stayed so long ago– it was as if we were their prodigal children, returning to them at last. ShivKumar hugged us hard. Rita took my hands and led me past the cows and the buffalo tied up for milking, and into the familiar inner courtyard. We sat on a charpoy and for a while simply looked at each other in wonder.

For two intense days we celebrated, reminisced, reunited with their relatives and neighbours, and went to the banks of the Ganga to make offerings. We drank vast amounts of masala chai, and feasted on Rita’s incomparable cooking. She still bakes rotis over a small fire in the courtyard next to the neem tree, but the small tree we recalled is now tall and stout and gives her lots of shade. And these days she pauses from cooking to pull a ringing cell phone from the folds of her sari. Her baby daughter, Ritika, that I once played with is grown up and studying in Dehradun. We talked by phone; she asked me to be her Facebook friend; she made me promise that we will attend her wedding in the village, in two years time. It was a miraculous reunion, time and space compressed, the bonds of true friendship confirmed. Of course we’ll be back for the wedding, and with luck, before then…. 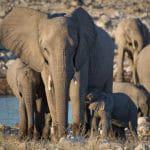