Last year I met a man who once helped trophy hunters kill lions, leopards and elephants. I was in Tanzania’s Selous Game Reserve, during a private Hidden Places safari. Selous is massive, covering an area bigger than Switzerland. In 1982 it was declared a UNESCO World Heritage Site, because of its diversity of wildlife and undisturbed nature. The area north of the Rufiji River, where we were, is set aside for wildlife viewing safaris. South of the river – the vast majority of the reserve – is for big game hunting. One of our safari guides (I’ll call him Jacob) was a 28 year old Masai, tall, slender and highly knowledgeable about the animals we saw on our game drives.

Sitting next to Jacob in the jeep as we headed back to our lodge one day, I asked him what he thought about the hunting south of the river. He was silent for a few moments. Then he confided that for two years he worked down there as a hunting guide. “I didn’t want to take the job. My father insisted. He said I would earn money to support the family and to buy many cows so I could get a wife. He said it would be a good start in life. I had to obey him.”

People from all over the world came to the camp where he worked; they paid thousands of dollars to shoot the big game he helped tracked down. His father was right: the tips were big, and he learned a lot about working with foreigners. The boy from a Masai village had a career ahead of him. “But my soul,” he said quietly, “it was dying.”

He hated the killing. He described how sometimes clients would tell him to drive so close to an animal, they had only to step out of the vehicle and fire their guns. One day, his client was an elderly man who had a bad tremor. When he had a lion in his sights, his hands were shaking too much to pull the trigger. “He gave me the gun and he asked me to shoot the lion for him,” said Jacob. “I told him no, I would not kill any wild animal. He was very angry. He reported me to my boss and there was trouble.”

A few months later Jacob left. He got a job in our lodge north of the river, an trained as wildlife guide. The tips are far smaller. He can’t send as much money home now, and he still hasn’t saved up enough for a bride. But he’s happy. “I show people the animals and talk about them, and they go home with only memories and photographs.”

These past few days, as the storm has raged over Cecil the lion’s killing, I’ve thought about Jacob. His integrity. His courage to walk away from the dark and into the light. 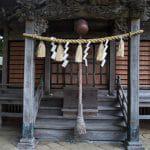 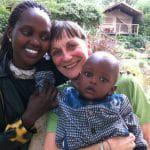 Giving BackAdventures for a Cause, Inspiration, Personal