Back in 2010, Dag and I were first in Kenya, we visited a remote Samburu village, Nalare, (Oldonyiro) and met a group of women who had started to make paper from elephant dung. They were beading the paper in traditional Samburu style and making it into cards to sell to safari lodges. This new business was terrific on several levels, not least that it was helping them develop a new and friendlier relationship with the elephants who regularly come through their village. With the local schoolteacher, Joseph, as our interpreter, they asked us if we could help them, and we agreed to fund the building of an arts and craft centre where they could make, store and sell the paper.

The following year we visited Nalare again with our Hidden Places Flying Safari group to see how the building was progressing. We met the ‘paper making ladies’, with Joseph interpreting for us once more. At one point, Joseph took me aside. He told me about his star pupil, Agnes Lekorere, who had won a scholarship to Nairobi University. But she was unable to take it, because for years she had refused to undergo FGM – female genital mutilation – and so her father and the elders of the community would not support her financially. Joseph asked if we could help. He brought Agnes over to meet our group, all of them women from North America. Agnes had no idea that her teacher had told us about her plight. She was confident and poised, and answered our questions. She didn’t finch when we asked why she couldn’t go to university. Her answer, “Because since I was twelve, I’ve refused to be cut,” will stay with me forever. At the end of our meeting she shook all our hands, and returned to the school. Shortly afterwards, when we called her back to tell her that we were going to fund her university studies, there were tears and hugs all round.

A few months later, Agnes began her studies at Nairobi University. Now she is taking law and in December 2017 she will graduate. After she completes her articles she wants to work on behalf of Samburu women. We see her regularly, when our work takes us back to Kenya for our 100 Miles for Elephants fundraising treks, and our Flying Safaris. Along the way she has had a little boy, Adrian, who is now over two years old. Agnes is smart, poised and beautiful. She’s studying hard, loving motherhood, and endlessly grateful for the opportunity she has been given.

On our 100 Miles for Elephants treks in Kenya, we always pass through Nalare and have a long stop there. We get a huge welcome from the paper making ladies, who sing and dance with us, from the school teacher Joseph, from Agnes’s mother Mary and from another young woman we are have helped there – Elizabeth. When we met her three years ago, she was teaching at the village school, without qualifications but with great passion. Joseph told us about her great work in empowering the female students. He said he wanted her to go to teacher training college for a two year course. Could we support that? There was no question – of course! She has now a fully qualified teacher, getting much better pay for her invaluable work.

Of everything we have done through Elephant Earth, helping these girls has been the most immediately rewarding. In the short term it is changing two lives; in the long terms it is helping to change the future of many Kenyan women. And it doesn’t take much to do this. Agnes’ total fees will add up to approximately US$10,000, plus help needed for housing, clothes, food etc. For Elizabeth the sum was much less, approximately US$1500 for the two year course – and the college was near enough her home so that she can return every night. Relatively small sums that will make a massive difference! 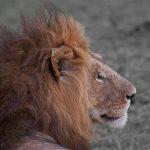 Change of HeartAdventures for a Cause, Inspiration, Wildlife Adventures 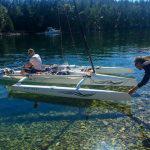