All aboard Hebridean Sky! 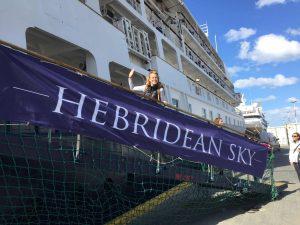 We were due to set sail in a few hours; we would be navigating the calm reaches of Beagle Channel at night and waking to find ourselves in Drake Passage by morning.  I was excited, but in my stomach there was still a big knot of anxiety about the Drake.

However, during the first briefing our expedition leader Hannah Lawson told us there had been a change of plan. 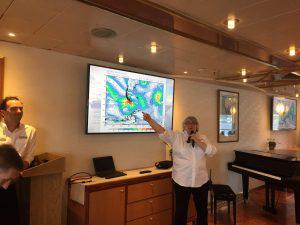 There was weather system out in the Drake Passage, kicking up 20 to 25 foot seas and 50-knot winds. Conditions were due to settle down in the night, so our captain had decided to delay departure until 6am.

Okay then, time to park my worries for a while and enjoy champagne during the cocktail reception with the captain and crew. 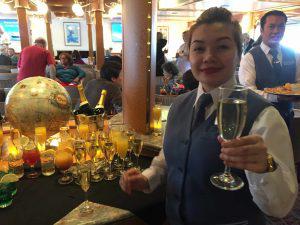 I woke at dawn to hear the engines starting. We were off! The night before I had applied scopolamine patches behind my ears, hopefully to fend off motion sickness. So far all was calm. We were cruising along the Beagle Channel, (150 miles long, 3 miles wide across at its narrowest point) with Chile on the starboard side of the boat and Argentina to the port side. The sun was out, the sea was calm – and soon I was lounging on deck with some of my shipmates. 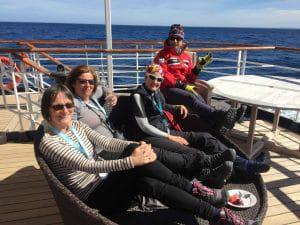 Oh the things to see in Beagle Channel:  Magellanic penguins swimming by, dusky dolphins zooming through the water, a sei whale blowing and, most exciting of all, my first ever sighting of Wandering albatross. These beautiful creatures range the Southern Ocean and have the bird world’s largest wingspan, up to 11 feet. They can soar effortlessly for half a day without once flapping their wings. That’s what I call freedom. 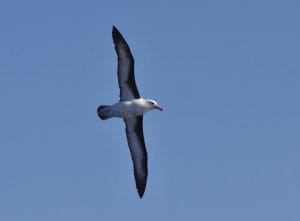 By late morning we reached the start of the 600-mile long Drake Passage, which lies between the tip of South America and the top of the Antarctic Peninsula. 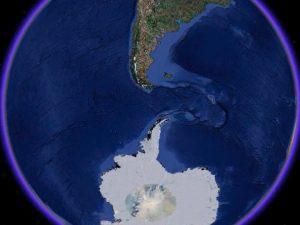 These two points of land create a bottleneck through which the Antarctic Circumpolar Current pushes a huge volume of water and also drives up weather systems from the tempestuous Southern Ocean. Storms and high winds can happen fast, and predicting weather out in the Drake Passage is a tricky business.

We’d been instructed to always hold onto handrails when moving around the boat, and now it was necessary: the calm waters of Beagle Channel had given way to white capped ocean waves, and there were a few definite lurches. 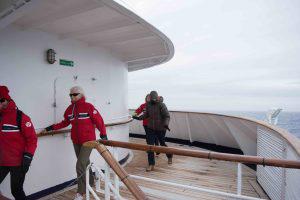 Then the ship’s stabilizers were activated. Beneath us, unseen, fins emerged laterally from the hull. A highly sophisticated gyroscopic control system anticipated how the ship would roll in a wave and changed the fins’ angle to counteract it. And it worked! Straight away there was a noticeable difference in the stability of the boat.

The knot in my stomach was starting to unravel. So much so that in the dining room I managed to wolf down a large lunch. Later, even though 12-foot waves were now rolling by, I worked my way through the dainty sandwiches and cakes of afternoon tea. 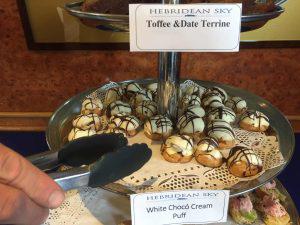 And dinner – well, admittedly the crowd was a bit thinner than the previous night, but the usually seasick me had no problem at all.

We ploughed through the Drake Passage for all of the next day and night. The boat was definitely moving. But to my relief and joy I wasn’t curled up in a corner. Instead I attended fascinating presentations on whales in the Antarctic and on polar exploration. I sat in on the briefings for the groups who would be kayaking and camping on the ice. The Citizen Science program began and I joined a session with the bird watching group, led by Adam Rheborg, our expert oenologist. They recorded Wandering, southern and black browed albatross, giant petrels, and several types of gulls and terns. 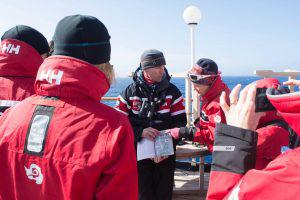 Announcements of wild life sightings  frequently sent lots of us racing out on deck: we saw hourglass dolphins and pilot whales passing by, and a glimpse of a fin whale.

As I went to bed on the second night I was as excited as a child at Christmas: tomorrow I would wake up in Antarctica.

The Drake treated me with kindness, in both directions. I know it can be much rougher, and my next Antarctic voyage might start with a different story.  But crossing the Drake for the first time was like a rite of passage, facing and overcoming a big fear. And it was a really important part of the journey: a long pause between our ‘civilised’ world and truly pristine wilderness. 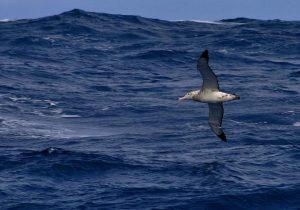 It gave me time to get to know the boat and some of my fellow passengers, to adjust to the onboard routine and to learn about the very special place I was headed.  Most importantly, it allowed the chatter in my head to quieten, so that I was open and ready for the utter magic awaiting me.

How to avoid/deal with seasickness. 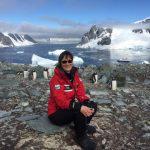 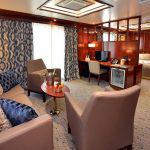