Antarctica Expedition Cruise: The Inside Scoop

So why did it take me so long to decide to go to Antarctica? A simple 3-word answer: The Drake Passage. This  stretch of water, between the tip of South America and the northern reach of the Antarctic Peninsula, is infamous for its storms. And… I get seasick. When Dag went to Antarctica some years ago on a refurbished Russian research vessel, he called me by satellite phone, telling me excitedly that he was up on the bridge next to the captain watching 30 foot waves breaking over the boat. Just hearing about it made me queasy.

Seasickness hadn’t deterred me in the past. I’d been on lots of boat trips all over the world, from the Galapagos to the far western shores of Indonesia. When conditions got a bit rough I coped by lying down and imagining I was being rocked in a cradle. If things got worse, I took a Gravol and snoozed. 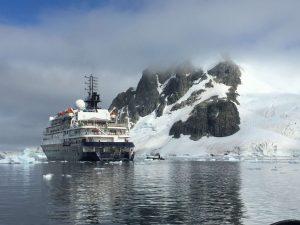 But a trip to Antarctica means two days each way across the Drake Passage, and the thought of spending so long flat out and drugged just wasn’t appealing. Then I met the guys from Polar Latitudes. They told me about their new boat, Hebridean Sky, with its fabulous stabilizers. They sent me pictures of the luxurious cabins. If need be I could curl up in comfort for two days and wake to find myself in the Antarctic wonderland. 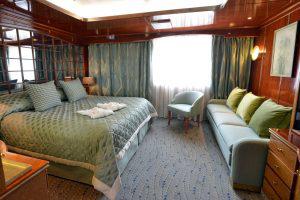 I had always wanted to go there. And in these days of global warming, and massive chunks of ice breaking free, I felt I had to do it sooner than later. I told myself to be a big girl. I booked my flights. I stocked up on motion sickness medications, and off I went to Argentina: first to Buenos Aires and then to Ushuaia, the southernmost city of the world, at 55 degrees latitude south. 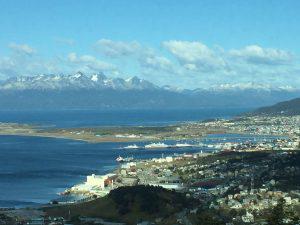 “City” doesn’t really describe Ushuaia. It’s more like a wild west outpost that has matured and grown into a town spread around a wide bay on Isla Grande de Tierra del Fuego. To its north are the Martial Mountains; to the south is the Beagle Channel, gateway to the Drake Passage. Over 70,000 people now live here, and work for the government – this is the administrative centre of  Tierra del Fuego – or the burgeoning tourist industry. Almost all of the ships heading for Antarctica leave from Ushuaia and increasingly there are tourist activities being offered in the area, including great hikes in the Tierra del Fuego National Park. 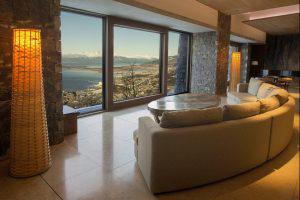 From the small airport, a taxi whisked me up a steep hill to the posh Arakur Hotel, which Polar Latitudes books for its pre-cruise nights. Approaching from the back it looks fairly bland. But stepping inside is a different story; it’s an architectural wonder with a 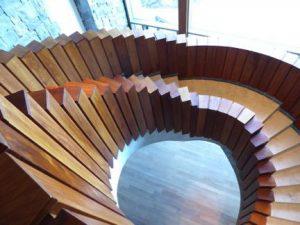 fabulous wooden curving staircase leading to soaring spaces and massive windows built around a sweeping view of the town and the Beagle Channel. 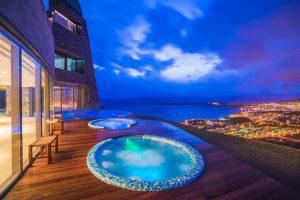 The lounge area was a fantastic place to catch up on emails! The best view of all was from the outdoor hot tub, where I met two of my fellow travellers. Jane and Luke, from London, were on their honeymoon. On their first date, they told me, they talked about where they had travelled, and where they still wanted to go. At the top of of both their lists was Antarctica. And here they were, newly married and about to set off there together. They were too excited to 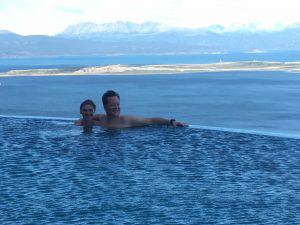 Suddenly all my fears dissolved. The Drake Passage would be part of a huge adventure – and I could hardly wait. 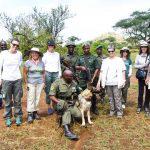 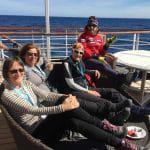